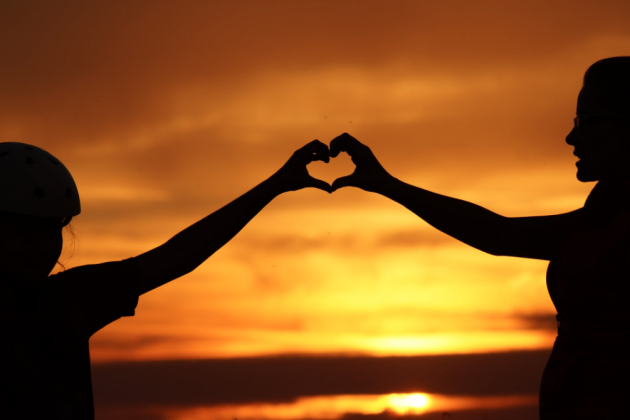 Lisa Feuer gives a quick laugh as she declares that if CLC attorney Coulter Minix ever needs an organ, she should be his first call. She feels lighter now, since the weight of her daughter’s failing education and ignored mental health needs are no longer pressing down upon her.

Today, her daughter Mariana is a happy and thriving little girl. She loves going to school and wants to be Jane Goodall when she grows up. However, not that long ago, the idea of going to school filled her with dread.

The CLC team met Ms. Feuer and Mariana through our medical-legal partnership, because Mariana is autistic and was struggling at school. Though Ms. Feuer is a passionate advocate for her daughter, Mariana’s principal refused to provide the right testing or educational environment for her—and it was taking its toll.

“Can you imagine being an autistic child in a room with 25, 30 other loud kids,” Ms. Feuer questioned. “Though she had an autism diagnosis, the school refused to acknowledge it. They were indifferent to her as a human being. She was just a problem to them.”

Ms. Feuer remembers how Mariana would often come home with bloody fingernails, since she picked at them because of the extreme stress of the school day.

When Minix met the two, he immediately knew something had to change.

“I met Mariana during a fire drill. She had her headphones on and was crying,” Minix remembers. “In many cases, when you’re autistic, you don’t like things that are unstructured, when there’s too much stimuli. Mariana was being harmed by her environment.”

At the time, Mariana only had two hours dedicated to specialized classroom instruction. Her grades were “horrible,” and she struggled with depression. Minix knew it was time to get to work.

“Mariana is extremely smart and capable,” Minix said. ”She just needed to be in the right setting to learn. Our work is a team sport. Parents in our medical-legal partnership know their child the best—and our attorneys know the law. By working together, we can accomplish great things for our clients.”

Since the school wouldn’t acknowledge Mariana’s needs or conduct the right tests, Minix secured an independent evaluation. While the school had labeled her as “emotionally disturbed,” the results showed that she is autistic, in addition to her anxiety.

With the right diagnosis—one DCPS was finally forced to accept—Minix was able to get Mariana into a new school and a classroom specifically structured for students like her. In these settings, each teacher is trained to teach children on the autism spectrum. The classroom itself is tailored to be a calm, controlled environment without the overstimulating decorations of an average schoolroom. Students like Mariana can once again learn.
Minix also ensured Mariana’s individualized education program matched her needs.

Ms. Feuer remembers that from the 2nd to the 5th grade, Mariana went without the right services. Now, she loves going to school.

“She was screamed at, discriminated against, left alone—on one occasion, she was so scared she was hiding under the table and shaking. She was the victim of negligence,” Ms. Feuer said. “Her new situation is like paradise. Coulter is an angel for his work with us. At her new school, they speak to kids like small adults, not like they’re a nuisance or a job. Mariana feels so safe, so protected now. And she’s learning.”

Ms. Feuer started her story with a laugh and ends it with a smile as she talks about the “fights” she now has with her daughter. Mariana now balks at the idea of missing school for an appointment. The girl who once cried because of her classes now fights to go to school, every day.

That’s the difference the right classroom and the right advocacy, from both mom and attorney, can make for a child.