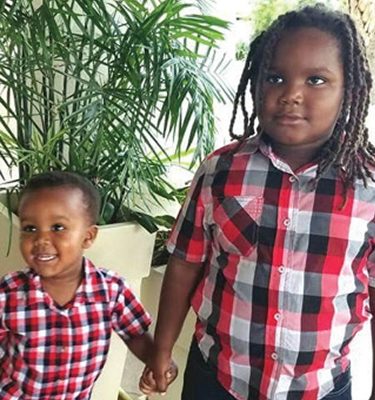 *Zach’s mother abandoned him shortly after his birth. His paternal grandparents gained shared custody and raised him until he was 6 years old. Concerned that Zach’s grandmother was physically and emotionally abusive toward Zach, his grandfather removed him from the family’s home and sought sole legal custody. The judge asked Children’s Law Center to find a lawyer to represent Zach’s best interests in the custody proceeding. Latham associate Matthew Holt agreed to take the matter on a pro bono basis.

Holt’s thorough investigation led to a shocking discovery: Zach’s father, Isaiah Spencer, never intended to relinquish full custody to Zach’s grandparents. But, without help from a lawyer, he had inadvertently given up custody to his parents while in court trying to get Zach covered under his parents’ health insurance. It was a devastating loss, made more painful when Spencer had to relocate to Florida with Zach’s younger brother and could not take Zach with him. After moving away, Spencer worried about Zach night and day, often breaking into tears when he talked about his son and how he wished he still had custody.

Holt quickly determined it was in Zach’s best interest to be reunited with his father. He turned to his Children’s Law Center mentor, Diane Weinroth, to help craft a legal strategy. With her guidance and with support from colleagues at Latham, Holt argued that Spencer had not knowingly consented to his parents taking custody of Zach and that custody should be returned to Spencer. Spencer’s father, Zach’s grandfather, supported the motion.

The judge agreed. Zach is being reunited with his father and younger brother. And his grandfather can continue playing the most fun role of all, doting grandfather.

*We work hard to protect the confidentiality of our clients. That’s why Zach’s name has been changed. All other details are true.