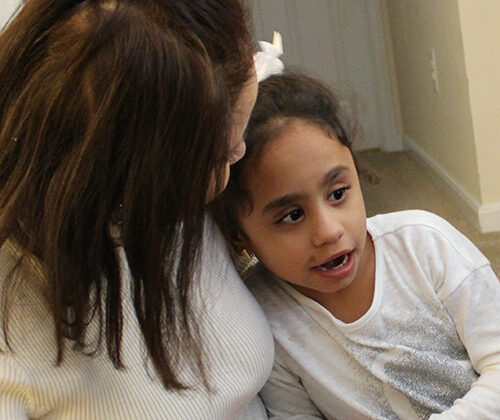 Nora*, who was 4 in 2014, has autism. Her mother, Shereen, worked hard to create a powerful team of doctors, behavioral therapists and aides for her. Nora was working on eye contact and puzzles. She was potty-trained and very lovable.

But still Nora struggled, crying when it was time to go to school, crying when she came home and having outbursts in class.

“For single parents like me it can be so overwhelming when you know something’s not right and you don’t know what it is exactly.”

The pieces began to fit together after Shereen visited Nora’s school and found she was isolated most of the day. In class, she was literally forced to sit in a blocked off area. She was also excluded from other students in gym. Even at recess. She had virtually no interaction with other students. And, despite being potty-trained, the school made her wear a diaper.

Shereen asked the school to make sure Nora had social interaction with other children and to provide her with specialized instruction appropriate for a student with autism. But nothing changed.

“When you walk in as a parent and see [her isolated], it killed me. Because if it’s killing my spirit, imagine what it’s doing to her spirit? Because she doesn’t know why she’s alone. And she’s friendly. She wants to be in contact with other kids.”

“I remember walking into the office that first day and Sarah says, ‘I’ll help you. I’ll take care of it for you.’ And it’s like having a partner in crime,” says Shereen.

Sarah Flohre, an attorney at Children’s Law Center, insists that Shereen, whom she describes as “fiery,” doesn’t give herself enough credit for her incredible advocacy.

Children’s Law Center went to work quickly, talking with Nora’s care providers, observing her in school and beginning the negotiating process to get Nora the supports she needed – and was legally required to have.

What struck Sarah immediately was the contrast between the Nora described by the school and the Nora she observed. Although nonverbal, Sarah noted Nora would pull on those around her – an indication she wanted to communicate.

“When you would hear from the school it would be like they were talking about a different kid. They really weren’t picking up on her potential,” said Sarah.

“They were really breaking the law.”

After initial attempts at negotiation failed, Children’s Law Center sued the school in November of 2015. The case eventually resolved and Nora started her new school program in January of 2016.

The transformation was swift. 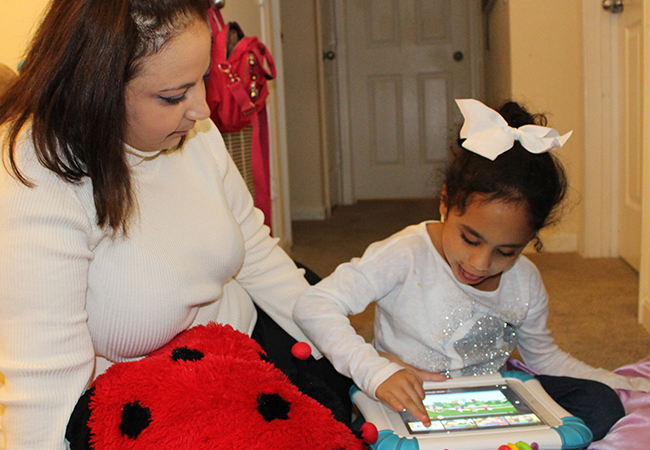 “It’s not only the skills that she’s built but it’s the joy that she gets. I tell her everyday ‘the bus is here!’ She gets excited and runs for the door,” says Shereen.

“Before, I would tell her the bus is here and she would cry. She would come home upset, she would leave upset. So it’s the fact that she is joyful and looking forward to going to school.”

And Nora’s happiness is a direct result of the education and involvement of the teachers and staff at her new school – and the powerful team Shereen has built for her daughter.

“She is learning how to play which is huge because a lot of autistic children don’t see outside themselves. She’s making friends … She’s just doing great and I find that the teacher is very helpful and always willing to talk,” says Shereen.

But, the transformations didn’t stop with Nora. Shereen says working with Children’s Law Center not only reinforced her goals for her daughter, it helped her become a stronger advocate.

“I learned through Sarah that you can be firm. And you can say what you need … And that’s something that will stay with me,” says Shereen.

“With Sarah, I see her, she’s polite, but firm, she doesn’t take any nonsense from anybody … I find that I’m doing that a lot more. That’s something big I learned from Sarah and I’ll probably use in a lot of aspects of my life.”

Shereen is hopeful for Nora’s future. Though she doesn’t know all that life has in store, she’s confident about one thing.

“I see for her a happy and content person … And we wouldn’t be in this situation without Children’s Law Center.”

*We work hard to protect the confidentiality of our clients. That’s why the Nora’s name has been changed. All other details are true.