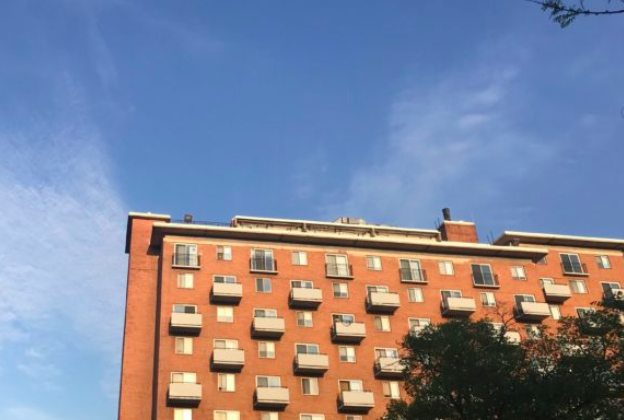 Having access to stable, healthy housing is always important—but never more than during a public health emergency. That’s why we believe it is disappointing and frustrating that the District’s housing agencies did not use hundreds of its permanent housing vouchers last year to place children and families in the homes they need. Children’s Law Center attorney Caitlin Russi and one of her clients living in a Rapid Rehousing apartment spoke with DCist’s Morgan Baskin to share the instability and poor housing conditions Rapid Rehousing participants often experience, why permanent housing vouchers are a better, long-term solution to DC’s affordable housing crisis and how serioius investments in permanent housing and eviction prevention are necessary to stem the coming tide of evictions post-moratorium and keep more kids and families from cycling through our homeless system:

In a subsidized Marshall Heights apartment that is crawling with pests, a mother of two is always cleaning. But despite her best efforts, there are always cockroaches in the shower, she says, and mice inside the walls. Outside her front door, she routinely hears gunfire. It’s been that way since she moved into the building three years ago from a homeless shelter.

The woman, who spoke anonymously because she fears reprisal from her landlord and case manager, has a rapid rehousing subsidy that was only supposed to last for one year. It has been renewed in three-month intervals because of extenuating circumstances and then the pandemic, leaving her in a state of constant uncertainty about how long she’ll have a place to live.

She and her lawyers believe she qualifies for permanent supportive housing, a subsidy program reserved for people who are chronically homeless and have certain disabilities. Advocates consider it the most effective kind of housing assistance because it supports residents indefinitely, unlike the time-limited rapid rehousing program she is currently enrolled in.

In September, the woman submitted an application, hoping that the DC Housing Authority and Department of Human Services — the two local agencies that jointly run the program — would quickly determine that she is eligible, and put her on a path to housing stability. She has been waiting for an answer ever since. And she’s not alone.

Even as housing needs spiked across the city while the pandemic broke out, the D.C. government didn’t come close to distributing all the permanent housing vouchers it had the funding to use over the last fiscal year, according to data DHS submitted to the D.C. Council this spring.

“When clients are in rapid rehousing and they are in that time-limited subsidy, every second counts,” says Caitlin Russi, an attorney at the Children’s Law Center who represents the mother in the Marshall Heights apartment. “I talk to clients every day who are struggling with housing stability and are just looking to find the means for permanent housing, to not need to return to shelter, to have their families in a stable environment – particularly in the last year, when home is everything.”

Russi’s client, meanwhile, has started taking antidepressants to cope with anxiety that’s exacerbated by her housing conditions and unstable living situation. Her four-year-old son’s doctor believes the violence in their neighborhood has started to harm his mental health, too.

“I do not know how to raise kids in this neighborhood, in this environment,” she says. “All I need is to just raise my children in a good place.”