With Schools Still Closed, Parents Say Children With Disabilities Are Falling Further Behind 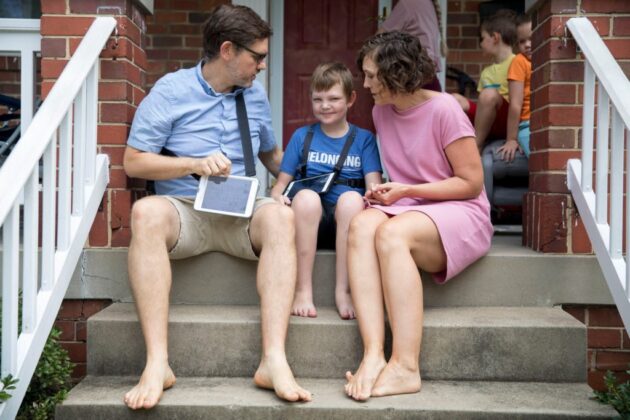 As students return to school, many children with special needs will be left behind by virtual learning. Children’s Law Center Executive Director Judith Sandalow spoke with WAMU’s Kavitha Cardoza about the importance for schools to prioritize special education students so they don’t miss critical developmental milestones.

Judith Sandalow, the executive director of Children’s Law Center in Washington, says many school systems are not providing the supports in these kids’ individualized education program, or IEPs. IEPs are documents developed for children eligible for special education to make sure they keep making progress.

“Many children with special education needs are getting no education remotely,” Sandalow says.

She’s heard stories from parents across the region saying their children are regressing. “One student we worked with had begun learning to speak, and since the pandemic has literally stopped speaking. And we’re seeing this over and over, where students are actually going backwards without the sustained support of teachers and therapists,” says Sandalow.

It’s not just the students whose individual education plans aren’t being followed Sandalow worries about — it’s also the kids who aren’t being evaluated. “Children have developmental moments where if you don’t catch it during that time, they may never make progress,” she says. “And way too many school districts have stepped back and are refusing to do evaluations.”

The AASA, along with other school leadership groups, have urged Congress to relax the rules around special education so districts can’t be sued.

Sandalow, though, disagrees with that argument.

“We wouldn’t stand for it if superintendents said, ‘We’re just not going to educate girls this year.’ And really, that’s what they’re saying when they’re asking not to implement a student with special education needs’ learning plan,” she says.

Sandalow says lawsuits aren’t the problem, they’re just a means for a parent can make sure that their child is being treated equally and fairly. “In a school system that actually gives the child a decent education, there are no lawsuits,” she says.

She and other advocates worry that if the federal government gives states and districts permission not to follow IEP’s this year, educators won’t even try — and the gains they’ve worked so hard to achieve will be lost.