The DC Line: Mayor vs. Council: The struggle over funding and the breakup of DCRA 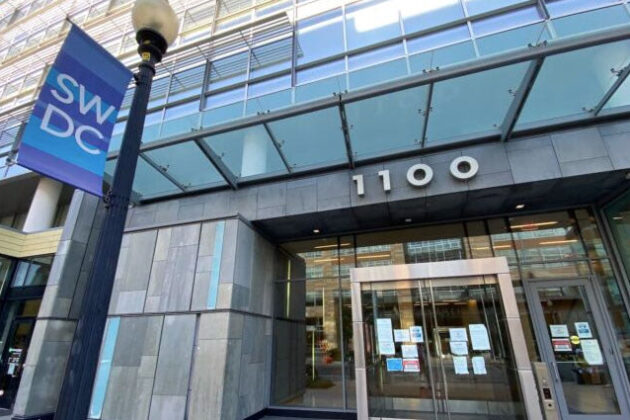 For years, Children’s Law Center and other housing advocates have called on the D.C. Council to pass the Department of Buildings Establishment Act and create a tenant-focused agency that would meaningfully enforce housing code violations where the Department of Consumer and Regulatory Affairs (DCRA) has consistently failed. The Council has passed the bill, voted to override the Mayor’s veto of it, and now has the opportunity to fund it in the District’s FY22 budget. CLC Senior Supervising Attorney Kathy Zeisel spoke with Will Schick of The DC Line/Street Sense Media to discuss DCRA’s continual failure to meaningfully enforce housing codes and remedy violations before they cause harm to DC’s children and families:

While the DC Council continues to review the city’s budget with the final votes scheduled in August, Bowser’s proposal highlights the continuing rift between the council and the mayor over what to do about DCRA. Council Chairman Phil Mendelson — who pushed the restructuring law through the legislative process after years of raising the issue — will have several opportunities in the coming weeks to propose budgetary shifts to fund the dual agencies.

Kathy Zeisel — an attorney and advocate at the Children’s Law Center, a nonprofit that advocated for the establishment of a Department of Buildings — said in an interview that a person who has “a few Saturdays of training” may not be the best judge of whether “your home is structurally safe and healthy for you.”

Zeisel, whose clients have included tenants who couldn’t get the agency to fix unsafe living conditions, also cited inherent conflicts of interest among DCRA’s components as another main reason to split up the expansive agency.

“DCRA’s main customers are developers. They fast-track permits if you spend over $1 million. One of their main jobs is to make sure development goes safely and smoothly,” Zeisel said.

According to Zeisel, this function inherently conflicts with another of DCRA’s primary duties: fining businesses for code violations.

In FY 2020, DCRA issued $10 million in fines for housing violations but collected only about $70,000, according to the agency’s online data dashboard. For Zeisel, the paltry collection rate is one manifestation of the conflicts of interest within DCRA.