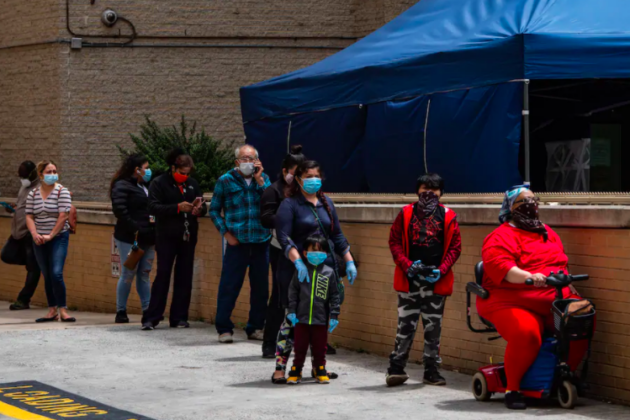 As DC Health prepares to expand COVID-19 vaccine eligibility to all District residents at least 16 years old, language access issues on the city’s pre-registration online portal, and COVID-19 resources generally, persist. This is particularly problematic as the District works to ensure equitable distribution of its vaccination program and DC’s non-English-speaking communities have been disproportionately impacted by the pandemic.

Children’s Law Center Senior Supervising Attorney Kathy Zeisel spoke with Julie Zauzmer of The Washington Post to stress the need for DC Health to make its vaccination program language accessible in multiple languages to ensure an effective public health campaign and equity. Laura Camarata, an investigator with CLC’s Healthy Together program, also spoke with Julie about her experiences helping our Spanish-speaking clients navigate the vaccine pre-registration  system and the need for DC Health to improve other barriers to language access including providing translation services at vaccination sites:

The D.C. health department said Friday that it would publish translated versions of the city’s coronavirus vaccine registration website this weekend, after advocates for immigrants accused the city of violating local law by providing insufficient access in languages other than English. The 2004 Language Access Act requires agencies to translate “vital documents” into languages frequently spoken in the city, including Spanish, Chinese, Vietnamese, Korean, French and Amharic.

The District’s efforts to make its coronavirus vaccine website accessible to non-English speakers — including translations through an automated Google Translate button, not the professional translations that the city promised earlier — did not meet the standards set forth in the law, advocates have argued.

“I think D.C. is not following the law here,” said Kathy Zeisel, an attorney at the Children’s Law Center, one of many organizations involved in enforcing the 2004 law. Those groups sent a joint letter to D.C. Mayor Muriel E. Bowser (D) on Thursday asking for better translations.

“It’s especially concerning because we know that immigrants in D.C. have really been disproportionately affected” by coronavirus cases and deaths, Zeisel said. Her nonprofit law firm, which represents children as well as their guardians, sent a message in Spanish to its adult clients informing them about coronavirus vaccines. Many wrote back, Zeisel said, saying that they wanted a shot but couldn’t navigate the city’s website to register for one.

Laura Camarata, a staffer at the law firm who speaks Spanish, called those clients and filled out the forms for them so that they could get vaccinated, Zeisel said.

In the District, language issues go beyond the registration website. Camarata said that although she indicated on the form that each of the patients she helped would prefer responses from the city in Spanish, four out of five people she recently signed up got emails or calls from the city offering them appointments in English.

One woman called Camarata, saying: “I think I got a phone call from them, but it’s in English. I have no idea what it’s saying.”