A New Home for One AmeriHealth Client 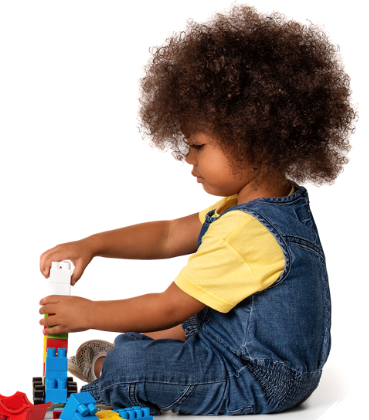 “I wish I met you sooner.” These are the heartfelt words that Ms. Janice Holt* shared with Children’s Law Center lawyer Caroline Wick.

Two years earlier, Ms. Holt and her 1-year-old-son Dylan had just moved into a new apartment. He was happy, healthy and starting to say his first words. But at 15 months old, Dylan had his first of what would eventually be six febrile seizures over the course of the following year. Ms. Holt and Dylan went to the ER nearly ten times. He was hospitalized twice.

As more seizures happened, the doctors asked all the right questions, including: “Is there mold in your home?” Each time she said she hadn’t seen anything, and nothing smelled like mold or mildew.

One day, Dylan’s alphabet playmat was wet. Ms. Holt lifted it up and saw big black dots. She pulled back the carpet and, there it was: Three different colors of mold – black, white, gray.

When Dylan’s doctor heard about the mold, he immediately referred Ms. Holt to Children’s Law Center. Caroline and investigator Justin Abbasi visited the Holt family. The landlord heard about the referral and hastily fixed the bedroom floor issues before they arrived, but Caroline and Justin also saw signs of water damage everywhere – cracks in the walls, bubbling and peeling paint. It was clear the issues that impacted Dylan’s health persisted.

Thanks to an innovative partnership with AmeriHealth Caritas DC, we were able to take legal action.

With a lawyer by her side, Ms. Holt was able to finally get the landlord to recognize the extensive problems in the apartment. The landlord agreed to allow the Holt family to move out before the end of their lease.

It’s been more than a year since Dylan’s last seizure. Now, in his new bedroom, Dylan loves building Lego towers without the fear of what might be growing under his floor.

*Children’s Law Center works hard to protect our clients’ confidentiality. The family members’ names have been modified based on the client’s request. All other details are true.

Washington Business Journal: Mold in the walls could be triggering your child’s asthma attack. Here’s what a new D.C. partnership is doing about it.

Years in the making, Children’s Law Center is announcing something ground-breaking. Thanks to an innovative partnership with AmeriHealth Caritas District of Columbia, we are piloting…

Learn more about our AmeriHealth partnership